Get to Know Your OM Team! 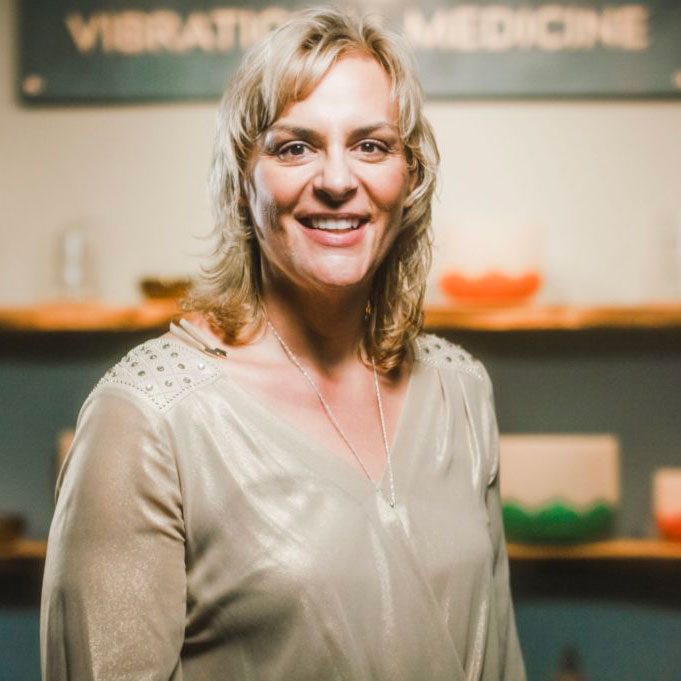 “The Pain Of Life Is Inevitable, The Suffering Optional”  – Buddha

Beth A. Snyder, CCHt is a certified Clinical, Transpersonal & Interpersonal Hypnotherapist and Certified Sound Healer. Beth studied at The Institute of Interpersonal Hypnotherapy and has over 550 hours of comprehensive State-Licensed hypnotherapy education. She holds certifications from The American Council of Hypnotist Examiners, Sound Healers Academy and is a Master NLP Practitioner.

A lifetime learner, Beth continues to study the bodymind connection and participates in continuing education yearly. Beth’s undergrad studies in Communications from Ashford University, coupled with career experience as a public speaker and as an executive working for corporate giants, have afforded her a unique and compassionate approach.

Her personal experience with chronic pain, anxiety and a desire for a more fulfilling life led her to hypnosis. After many years of practicing mindfulness and self-hypnosis on her own, she wanted to bring this incredible transformative modality to others.

Hypnotherapy provides others with the self-empowerment to achieve their personal best. Facilitating a powerful change in others is simply Beth’s greatest joy.

“We are all connected”

After completing her undergraduate degree from Purdue University Nancy continued on to receive her Master’s Degree in Mental Health Counseling.

Originally from Indiana, Nancy’s heartfelt compassion for others is tangible. Having worked for over 20 years in the weight loss industry she truly understands the nuances of human behaviors.

Nancy’s heartfelt genuine compassion and love of other humans is palpable. Nancy is a compassionte consultant who can help you navigate the products and services of The OM Shoppe.

Nancy holds her certification as an Integrated Energy Practitioner. Schedule a consultaiton with Nancy today to help you find the right products and services to enhance your life. 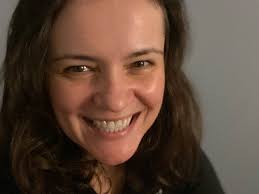 “When we give cheerfully and accept gratefully, everyone is blessed.” – Maya Angelou

Agnieska (Agnes) was born in Gdynia, a beautiful town in northern Poland. Her education includes a degree from the Academy of Physical Education and Maritime University.

She is a highly trained LMT, IET Practitioner and Reiki Master. Her passion to help others feel better physically as well as spiritually and emotionally is at the heart of her work. Her training not only on the physical aspects of the human experience but also as an intuitive and QHHT Practitioner serve her unique and loving style.

Agnieszka offers specialty massages and add-ons for a holistic approach to integral wellness. Book with her today! 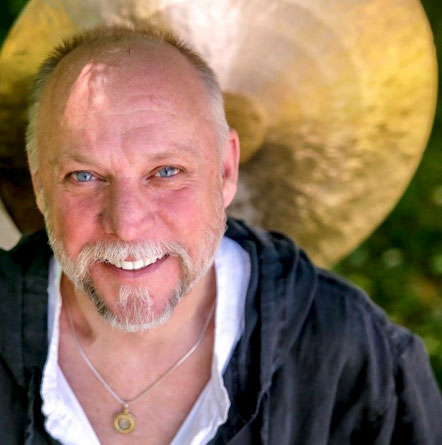 “Being present is being connected to All Things.”
― S. Kelley Harrell

Don Reed Simmons is a Shamanic Practitioner/teacher, Medical Intuitive, Sound Healer and Meditation Teacher. His lineage is that of the Kahuna, the Hawaiian shaman, a Great Spirit Guide who became his teacher during the mid 1970’s. This is the foundation which later became “The Shamans Path to Awakened Living” a system of practices to develop Spiritual growth, Intuitive awareness and Intentional action all while serving Humanity with Compassion.

Don started teaching this particular form of Shamanism in 2005 and has watched his students grow in confidence and found a clearer connection between “Self and Source.”​

Having worked as a Crisis Intervention Counselor in NYC, L.A. and Honolulu, Don brings to his work not only compassion but an awareness of the human condition and frailties.As an Intuitive Counselor he uses his psychic abilities to assist people around the world gain knowledge of their world around them and a direction in life that will most likely bringtheir greatest success, joy and prosperity.​

Simmons began Visionary Business Consultants in 2015 after helping thousands of people to create more fulfilling lives and businesses.His visionary skills have been eagerly sought out and utilized by countless business leaders, politicians, celebrities, scientists, inventors, writers, artists, and musicians.His advice as a highly regarded corporate psychic coach has been requested by all levels of business leaders ranging from CEO, COO, CFO, management, to sales, I.T., marketing, HR and plant managers. He has provided powerful psychic business consulting assistance during business negotiations, insight on future growth and industry trends. His clients span the globe, ranging from Fortune 500 to the entrepreneurial start up.​

As President of the International Sound Therapy Association (ISTA) a 501(c) 3 non-profit organization, his leadership has created multiple disciplines of education, outreach, and global awareness since 2010. He has produced 11 recordings on sound and meditation and has performed with legendary composer/musicians such as Steven Halpren and Jonn Serrie.​

Simmons is also a widely known public speaker. He has spoken at Emory University, Kennesaw State University, and several hospitals in the Atlanta area as an expert on subjects of Meditation and the use of Therapeutic Sound. His teachers include the Nobel Prize nominee and Zen Master, Ticht Nhat Hanh and the founder of the highly acclaimed Mindful Based Stress Reduction program, Jon Kabat-Zinn, PhD.As a certified hypnotherapist, Simmons has facilitated guided imagery for pain management at Queen’s Medical Center in Honolulu, as well as stress reduction during various earthquakes in Los Angeles. A crisis intervention counselor in New York City and Honolulu, Simmons was profiled in Atlanta Magazine as a mainstream intuitive and crisis counselor.​

In an earlier career, Simmons has held various executive and management positions in film and video productions. His works include documentaries, features, commercials, and industrial productions working on hundreds of productions that spanned almost 30 years. He won the Pele award for Public Service Announcements he wrote, produced and directed for “Helping Hands Hawaii” a non profit crisis and suicide hotline in Hawaii, where he was also a counselor. In addition, he won an Addy for his work on “Jacobs Ladder Neurodevelopmental School and Therapy Center” in Atlanta. He served several years as the Film Commissioner for the British Virgin Islands based in Los Angeles where he promoted film production in the B.V.I. to the film industry in Los Angeles.​

An Eagle Scout and licensed pilot at the age of 16, Don graduated from the University of Southern Mississippi with a double Liberal Arts degree in Journalism and Film.Currently, he holds an honorary Doctorate of Religion from Universal Life Church and enjoys sailing his 31’ Hunter sailboat around the waters of Sarasota, Florida. 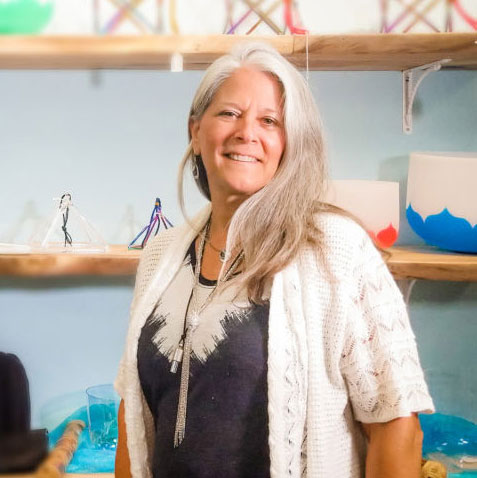 “To heal is to touch with love that which we previously touched with fear.” – Stephen Levine

Donna’s extensive experience and wisdom afford her a compassion unparalleled. Patience is at the core of her personality. Having served others in the accounting field for over 30 years her deep desire to help others transform and find peace within chaos kept calling. She found herself in her self described dream job with The OM Shoppe & Spa. Donna is a constant reminder that we always have the ability to start a new chapter and reinvent ourselves. After all we are the author’s of our stories.

She received her Level 1 Certification in Sound Healing from the Sound Healing Academy. You will benefit from her passion and education as a Holistic Health Counselor through the American Society for Alternative Therapists. Her training in energy work led her to becoming an Energy Clearing Chakra Activation therapist.

Reserve a treatment time with Donna and experience her genuine enthusiasm and care for you. Her sincere and calming influence, positions her to help others find more joy in their lives. She is available for Aura Reports, one-on-one personal shopping, Sound Wave Attunements, Vibroacoustic Chair and general guidance for our clients at the Om Shoppe. 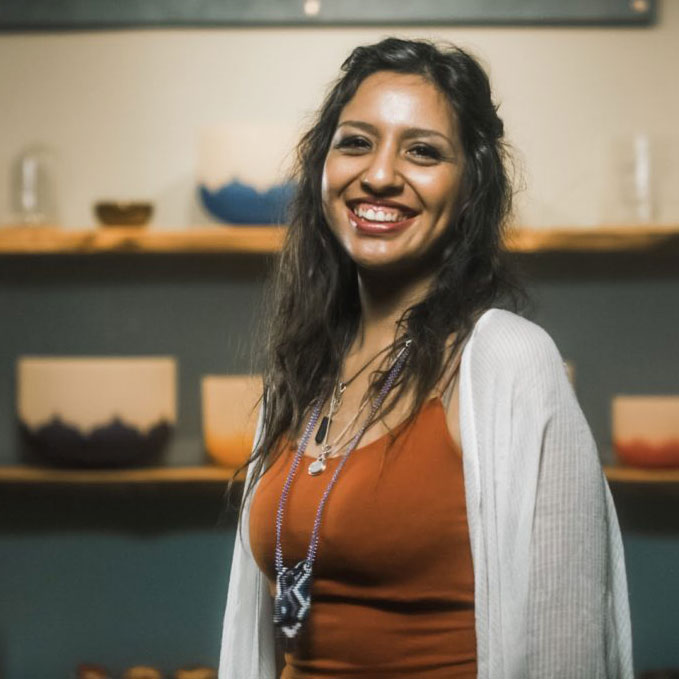 “Music gives a soul to the universe, wings to the mind, flight to the imagination and life to everything.” -Plato

A native of Mexico, she immigrated to the United States, when she was 4 years old. She was immersed in music at a very early age, starting with piano, at the age of 6, and violin at the age of 14. While still in high school, she excelled in regional competitions and performed with symphonies and chamber groups in Southern California. She earned a scholarship to study music at La Sierra University, but opted, instead, to reconnect with her roots through her B.A. in cross-cultural studies.

She went on to obtain her Master’s Degree in Social Sciences, with an emphasis in applied anthropology, from Georgia Southern University. As an anthropologist, she developed a wellness education program for Latina migrant women experiencing interpersonal violence. Her research into mind-body medicine, and the time she spent with the strong and beautiful community of women she worked with inspired her to pursue more deeply her own journey of wellness. This led her to return to the music that had been such a source of healing throughout her life.

As a professional violinist and session musician, Zulema performs with numerous acts, composes music, and continues to research sound therapy and wellness, especially in relation to deep journeying and musical traditions from around the world. Sound is a powerful medium for the transference of energy, and so, she aims, with reverence and compassion in each note she plays, to step out of the way and give voice to the stories of the human spirit. 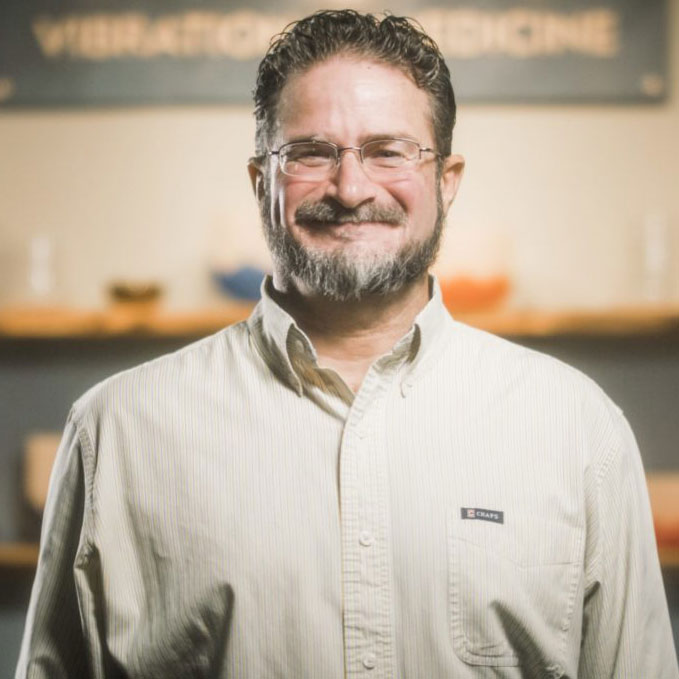 “Only from the heart can you touch the sky.” – Rumi

Timothy G. Ryan, CCHt is a Certified Clinical, Transpersonal & Interpersonal Hypnotherapist. As a graduate of The Florida Institute Hypnotherapy he has completed over 500 hours of education to earn his diploma and continues to enhance his skills with continuing education in the mind-body connection.

Mr. Ryan’s goal in life is to be of service to others. Hypnotherapy allows him to meet people where they are at in life and, with compassion and caring demeanor, assist them in making the changes needed to transform into a more positive mindset and joyful life. To do this he employs modalities such as suggestion therapy, parts therapy, regression therapy, eye movement therapy, Gestalt and NLP Techniques.

Freeing clients from post traumatic stress disorder, relationship issues, sports enhancement, negative habits, fears, phobias, digestive disorders, self esteem, pain management, anxiety, depression and addictions has been his greatest joy. Yet, he is happy to assist with any mind-body conditions which may arise. 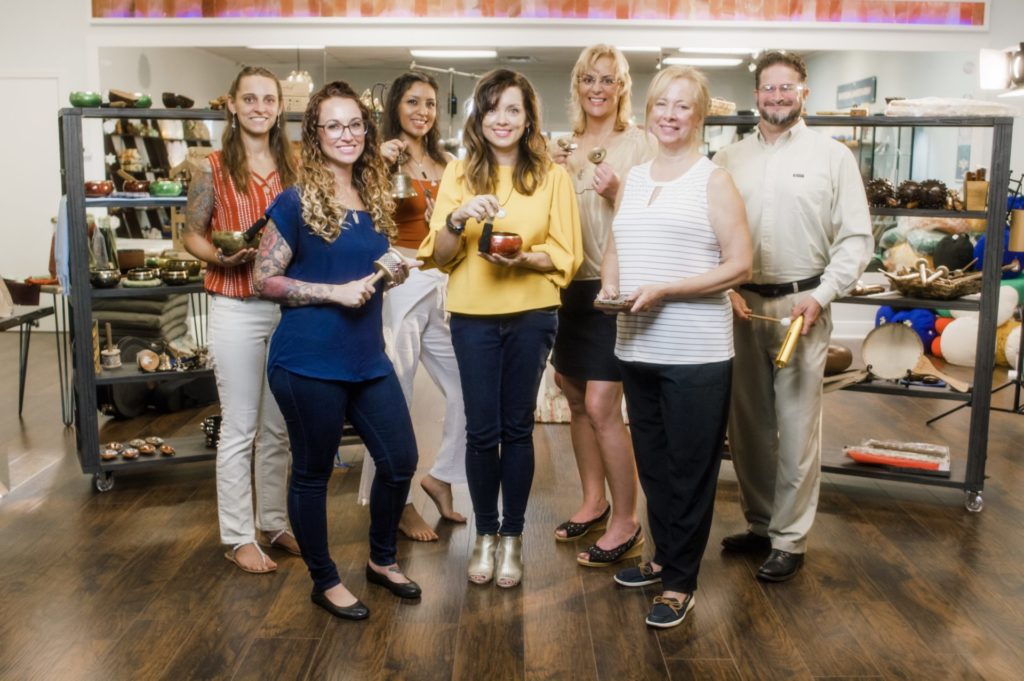